The once proud and strong Blue Moon City has been plunged into chaos.

The golden dragon fell, the sacred Psy crystal shattered, and the old king breathed his last. Worse yet, Blue Moon, the creator of all things, has disappeared and Blue Moon City finds itself without a ruler.

Now, the three elemental dragons - the only remaining divine creatures in the world - guard the shards of the crystal.

The two royal heirs, Prince Roland and Princess Elinor, are vying for the crown.

The people of Blue Moon City may not know who to follow, but whoever can rally them and claim the throne will gain the power to restore Psi's sacred crystal and possibly convince Blue Moon himself to return.

Prepare to fight for the throne and restore peace to the city in Blue Moon Legends, a collected version of Blue Moon, Reiner Knizia's classic card game for two players!

In Blue Moon Legends, you will gather the allegiance of one of the peoples of Blue Moon City and then lead them in a series of fights against another people.

By winning these fights, you aim to gain the inconstant attention of the elemental dragons and earn your way to the city throne.

Players can either play the game directly with decks or strategically customize the perfect deck to defeat their opponent.

With hundreds of maps to choose from, no game will be the same.

Today we are going to talk about Poulettes!

Get ready to chase love as you dig up some worthy worms to win the hearts of the chickens on the farm!

Chickens is a variation of a memory game in which you are a burly young rooster ready to fight your way to the precious worm of this dear hen and win her heart.

Flip the dirt tiles to find the perfect dinner.

After you find two worthy worms, end the trick by shouting "Cocorico!!" and score points for correct matches - but don't be in too much of a rush!

If you call too soon without your prize worm, prepare for heartache and lose your dinner!

Discover the game description and its video below.

Today we are going to talk about Crazy Leon!

Below, on the left, in green, in red... Léon the chameleon has gone mad!

Get rid of all your cards to advance the chameleons from vine to vine.

Stay vigilant and do not exceed the imposed playing area.

Chameleons can no longer find their way through the jungle!

To help them, get rid of all your cards to advance the chameleons from vine to vine, without exceeding the imposed playing area.

But be careful, the chameleons have gone crazy!

They change colors and direction without warning...

Be careful not to leave the jungle!

Joker cards will allow you to trap other players (and save yourself!) by giving you the possibility to change the requested color, the direction or both.

A family game that will appeal to the youngest.

Discover the game by clicking on the image below. 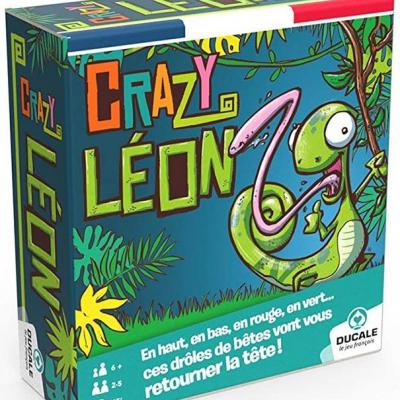 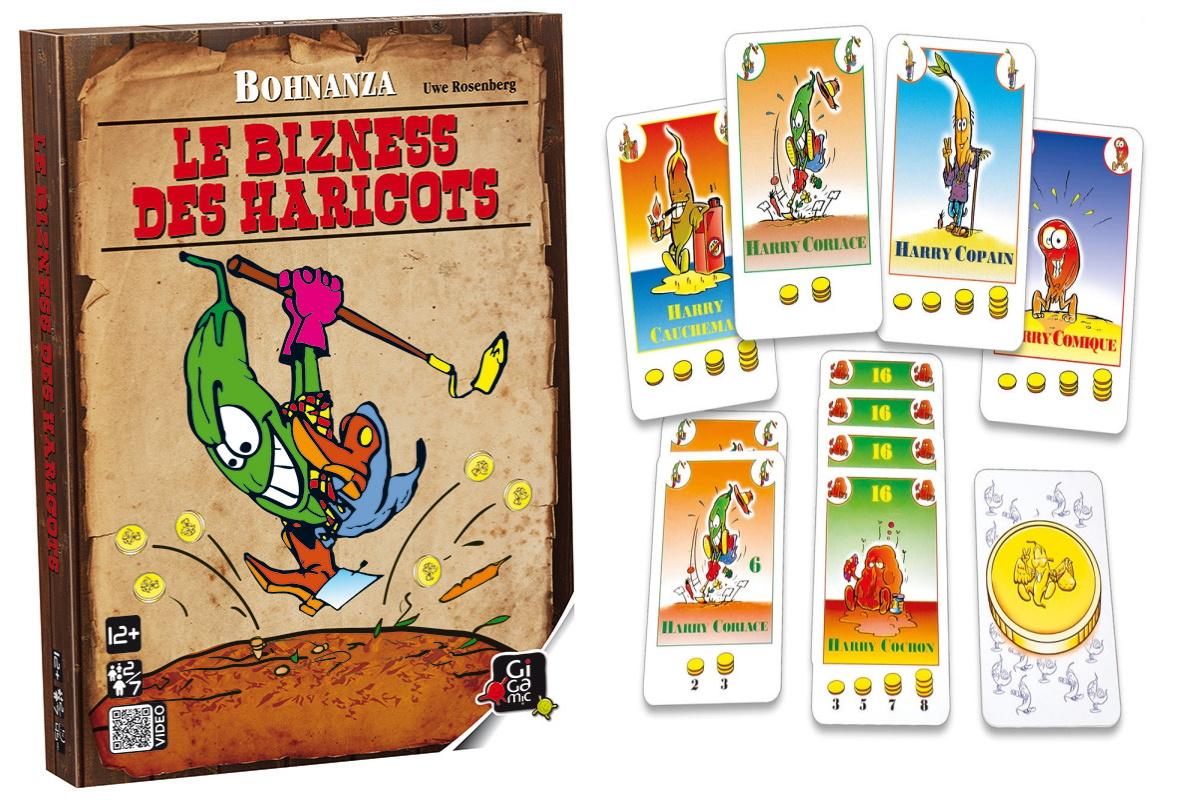 Today we are going to talk about Bohnanza!

In the game, you plant and then harvest bean cards in order to earn coins.

Each player starts with a hand of random bean cards, and each card has a number corresponding to the number of that type of bean in the game.

Unlike most other card games, you can't rearrange the order of cards in hand, so you must use them in the order you picked them up from the game - unless you can swap them with other players, which is the case.

During a turn, you must plant the first card or cards from your hand in the "fields" in front of you.

Each field can only contain one type of bean, so if you need to plant a type of bean that is not in one of your fields, you must harvest a field to make room for the new arrival.

This is generally not good!

Then you reveal two cards from the deck, and you can then trade those cards and any cards in your hand for cards from other players.

You can even make future promises for cards received right now!

Once all trades are complete - and all trades in a turn must involve the active player - you end your turn by drawing cards from the deck and placing them on the back of your hand.

When you harvest beans, you receive coins based on the number of bean cards in that field and the beanometer for that particular type of bean.

Flip 1-4 cards from this field to turn them into coins, then place the rest of the cards in the discard pile.

At the end of the game, everyone can harvest their fields, then whoever has earned the most coins wins.

Discover the game description and its video by clicking on the image of the game. 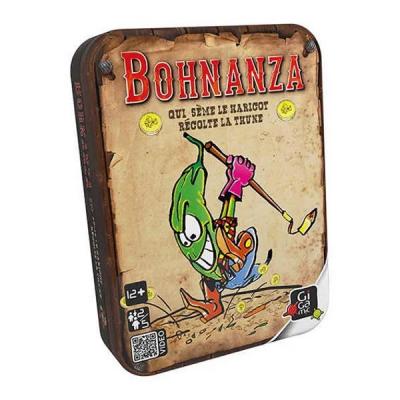 Today we are going to talk about Okanagan!

Azure lakes and fertile plains, the Okanagan Valley awaits you.

Harvest resources from these lush lands to complete your objectives.

Will you be able to make the most of these lands of wealth?

The Okanagan Valley has beautiful azure lakes and fertile plains as far as the eye can see.

You have only one desire: to explore these lands to settle there!

Okanagan is a smart tile placement game featuring nature with an exceptional character.

You will act in different ways on the game: through exploration, by placing territory tiles, through construction, by carefully choosing the locations of your buildings, through the collection of resources, in order to fulfill your game objectives.

Now it's up to you to make the most of these lands of wealth! 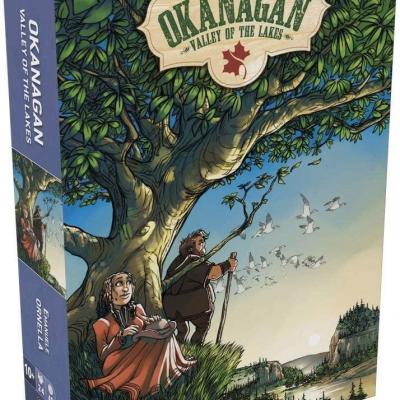 Today we are going to talk about Happy Bunny!

It's carrot harvest day in the farmer's vegetable garden.

Little greedy rabbit that you are, you are trying to harvest as many carrots as possible.

Gather your harvest hoping it will be enough to satiate you.

Roll the dice and move forward on the corresponding color.

Collect the indicated number of carrots to have the most all together at the end of the game.

Happy Bunny is a cooperative game where you must all together collect as many carrots as possible before the rabbit leaves the vegetable garden!

Happy Bunny allows the little ones to start learning about board games through cooperative play.

The recognition of colors and the simple learning of calculation by adding collected carrots allow them to discover board games gently by following a little rabbit.

Have a nice day and good game ;) 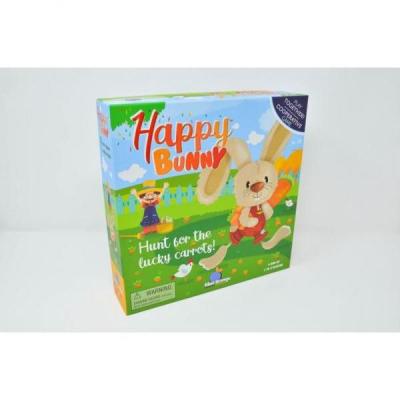 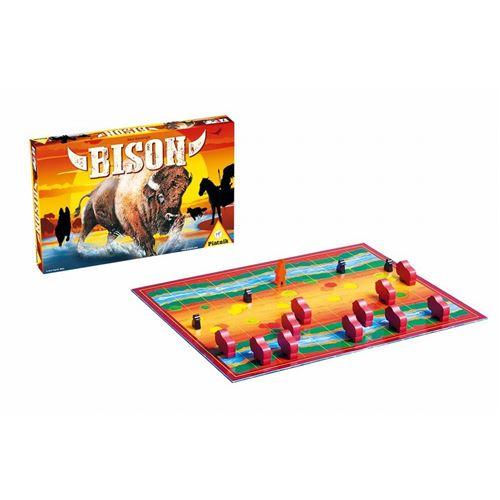 Today we are going to talk about Bison!

Will the chief of the tribe manage to save his village with the help of his four dogs?

Otherwise the bison will cross the river... and win this game of chess!

Aim of the game:

The two players have a different aim:

The player controlling the bison seeks to bring one of his animals to the other side of the board.

Rules of the game:

Place the 11 bison on one side of the board, in a straight line behind one of the rivers and, just in front of the other river, place the Indian chief with his dogs on either side.

The bison advance like pawns in chess, the dogs like checkers but cannot take bison, and the Indian chief like a king, he can take bison.

At the end of the round, the roles are reversed.

The first to win a round on both sides wins the game.

Discover the game and its video by clicking on the picture of the game. 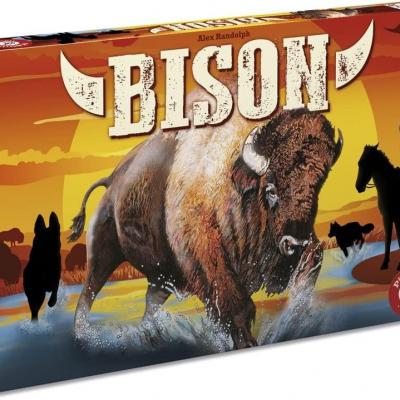