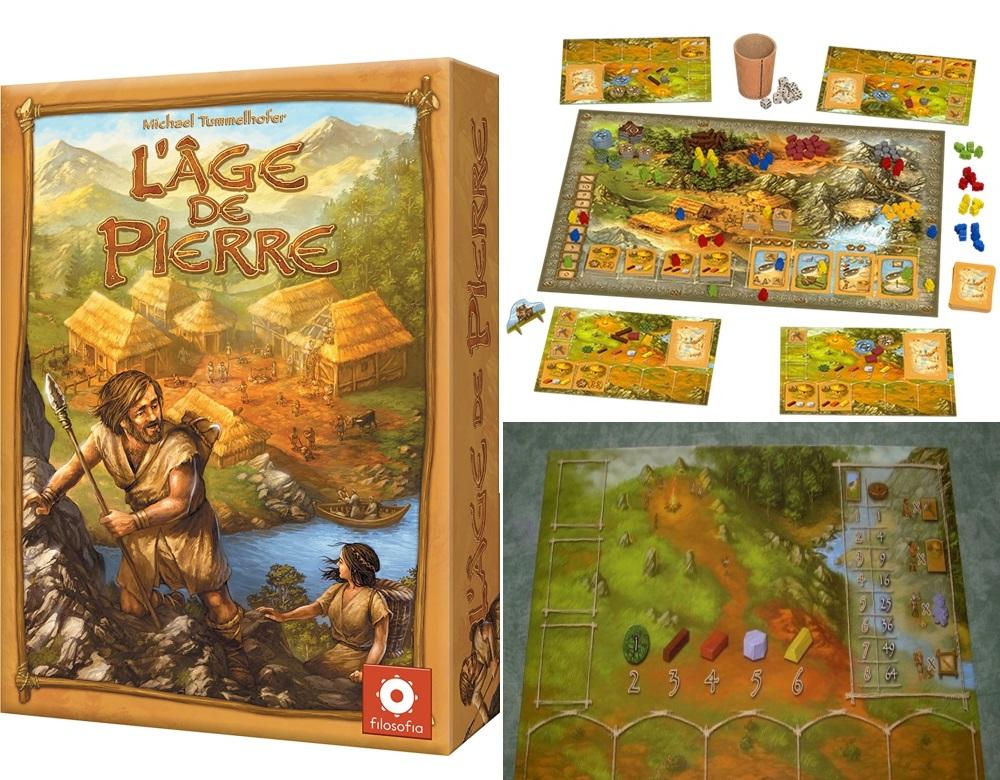 Hello everyone ! Today we are going back to the Stone Age.

In a time of hard times, our ancestors used their manual talents and physical strength in a hostile land.

Every player, whether hunter, tax collector, farmer or toolmaker, will evolve as our ancestors did before us by collecting wood, breaking stones and digging for gold in rivers.

They practice barter, expand their village and develop their civilization.

In prehistoric times when luck and planning, food can become a scarce commodity.

Players can control up to 10 tribal members in three game phases.

In the first, members are placed in areas that would benefit the tribe, whether for hunting, marketplace or quarry.

In the second, the players activate their members on the chosen areas.

In the last phase, players must have enough food to feed their populations or they will lose points or resources. 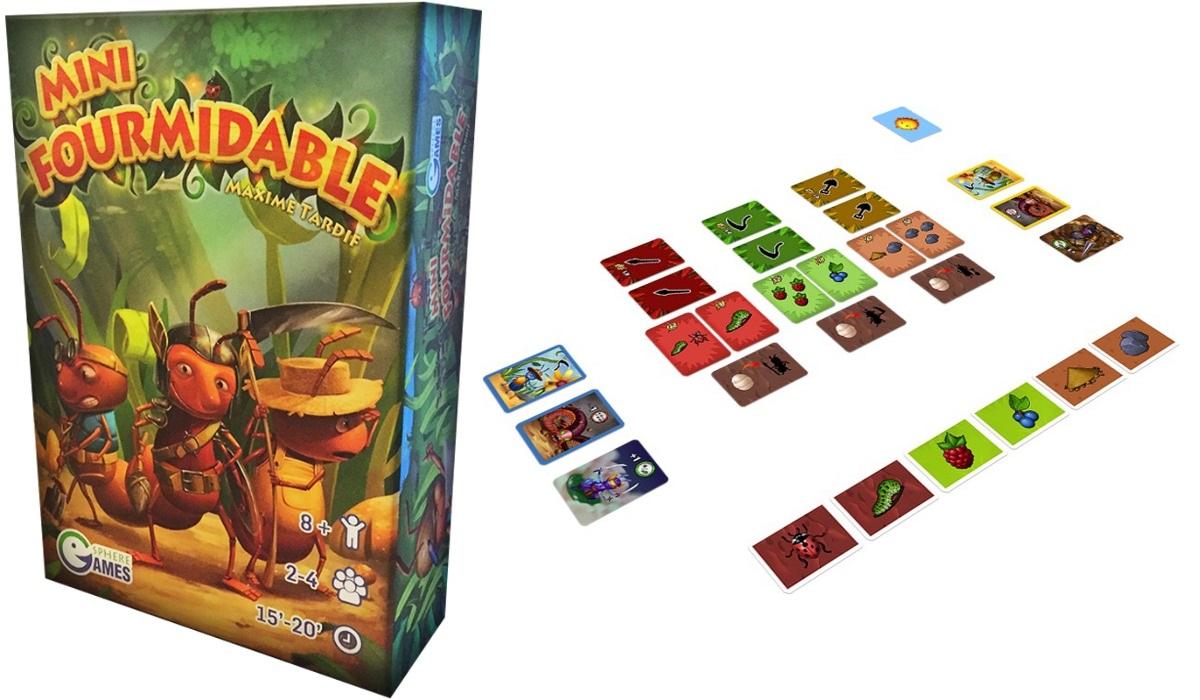 The long, hot summer is drawing to a close, and in a quiet corner of the clearing, the ant colonies are redoubling their efforts to prepare for the approaching winter.

Queens give birth to new ants in order to increase the population of their colony.

Farmers and hunters scour the surroundings to stock up on food, while diggers work in the nest.

Can you meet your colony's harvest goals?

Can you defeat the enemy ants in the race for the declining resources of the clearing?

Can you maneuver around the terrible predator, the millipede?

Can you lead your colony to victory?

Can you be the most Antish? 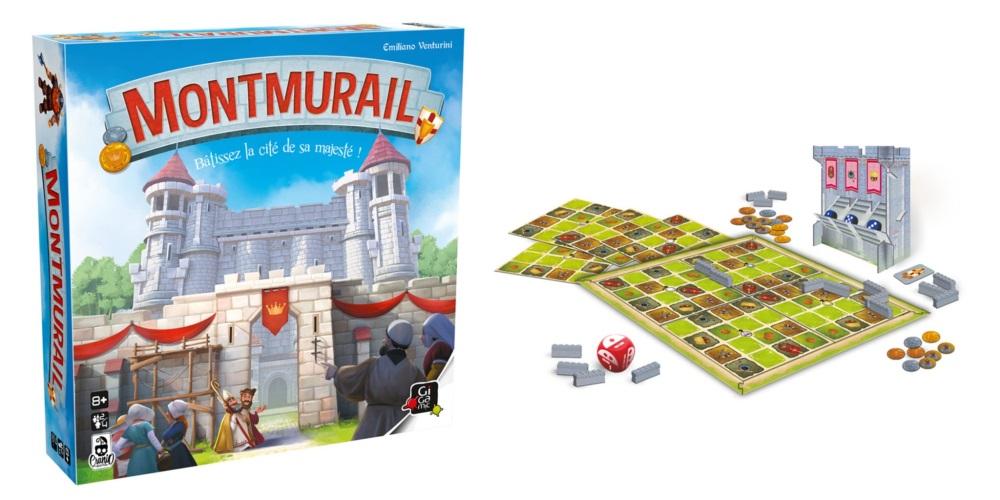 Today we are going to talk about Montmurail!

The King brings together the best architects in the country to build a prosperous city that will protect its inhabitants from the dreaded Vikings.

Ramparts will have to surround the most important buildings and the wealth of the city.

Will you be able to meet your King's demands?

Being fast will not be enough, it will also be necessary to show logic, cunning and endurance to hope to mark the great history of architecture!

Today we are going to talk about In my Valley.

Roll the dice and make the right choices to create the most beautiful valley in the country.

Place houses and connect them to railroad tracks to earn victory points.

Earn extra points by planting sunflowers at the foot of the mountains, by feeding your sheep and therefore your villages ..., but, beware, other players will also want to make the most of the dice rolls.

Use your pencils to build the valley of your dreams! 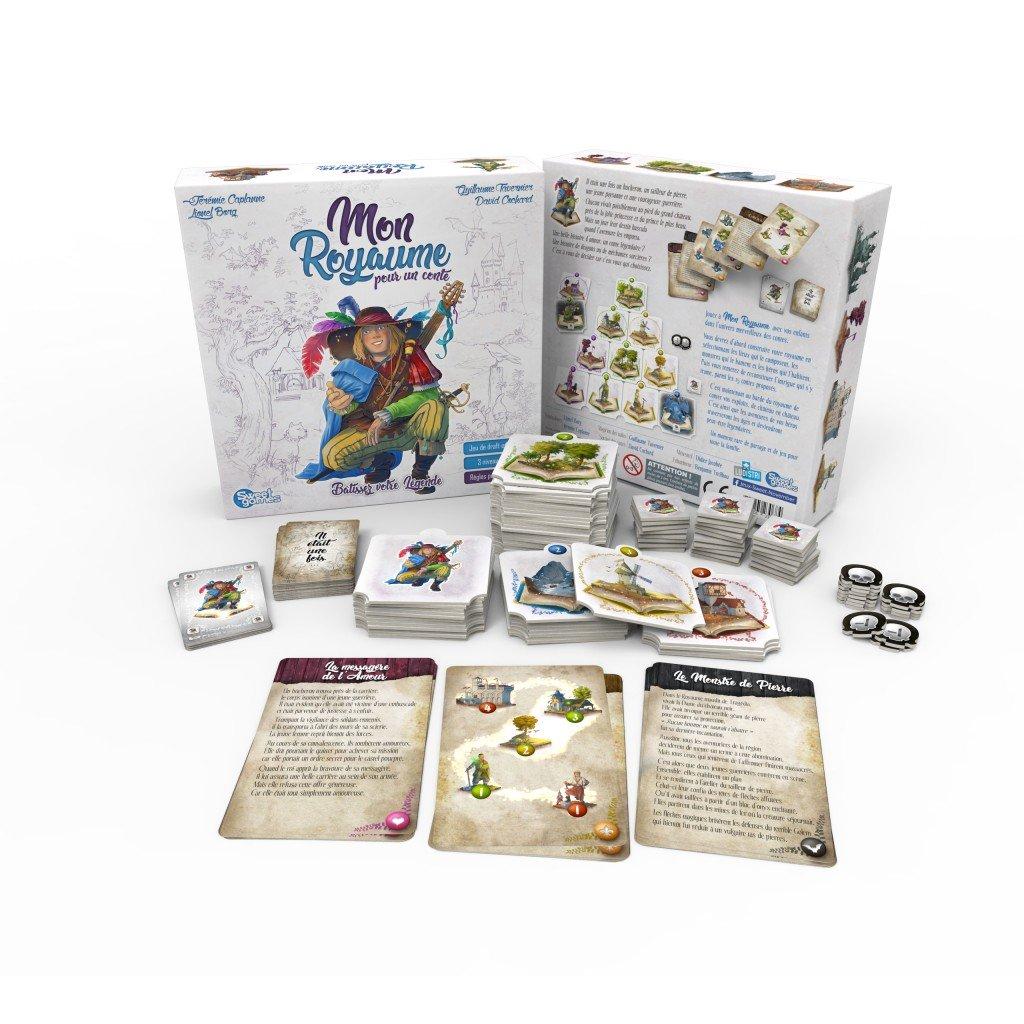 Today we are going to tell about My kingdom for a tale!

Play My Kingdom with your children in the wonderful world of fairy tales.

You will first have to build your Kingdom by selecting the places that compose it, the monsters that haunt it and the heroes that inhabit it.

Then you will try to reconstruct the plot that is woven there, among the 15 proposed tales.

Now it's up to the bard of the kingdom to recount your exploits, from castle to castle.

This is how the adventures of your heroes will pass through the ages and perhaps become legendary.

A rare moment of sharing and play for the whole family. 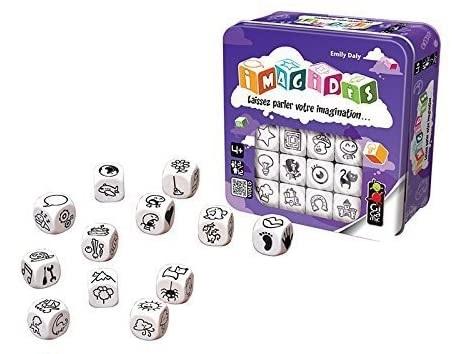 Today we are going to talk about Imagidés.

Imagidés is a dice game where the images will be used to tell stories together.

The images on the dice open up an endless world with a multitude of stories to create.

Each dice corresponding to a theme, you can modulate the game according to your desires or your needs.

Roll the dice and together imagine a story with each of the images obtained on the dice roll.

In Imagidés, there is no winner or loser.

And for those who wish to exercise their vocabulary, variations are available to transform this creative game into a real educational and linguistic tool.

Imagidés is an original and fun way to let your imagination run wild and encourage oral expression regardless of the age of the players. 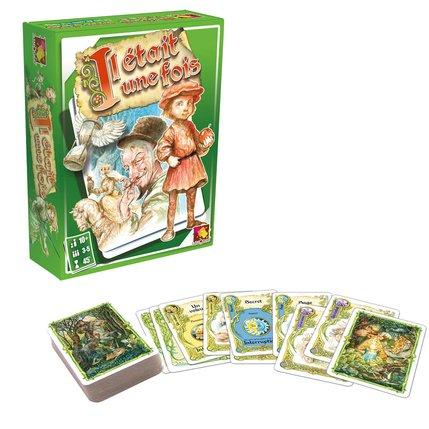 Today we are going to talk about Once upon a time.

Each player initially has cards representing elements of fairy tales (a crown, a monster, a princess, ...) and a conclusion card ("they married and had many children.").

The first player who is the narrator will have to improvise a tale by placing the items in their hand, in a coherent way, and by discarding the cards concerned as they go.

The goal is to get rid of all his cards by ending with his "outcome" card.

If the storyteller hesitates too long or if his story lacks consistency, he must draw a card and his neighbor picks up where it left off.

In addition, if the storyteller names an item in their story that another player has in hand, that player interrupts it and becomes the new storyteller.

Of course, he still has to take into account the already existing narrative.

There are also other cards that allow interruptions on more general topics.

So if you have an Interrupt-Character card, you can interrupt the storyteller as soon as he talks about any character.

The game can be played by children as well as adults.

Players should be forewarned that it is not as easy as you think to tell a cohesive story in front of even a well-known audience.

But the amazing thing is that while "Once Upon a Time" is a real game, the fun you get doesn't come from winning the game.

There is often a moment of poetry left, of an often idle and funny story that everyone will try to influence to lead it to their own conclusion.