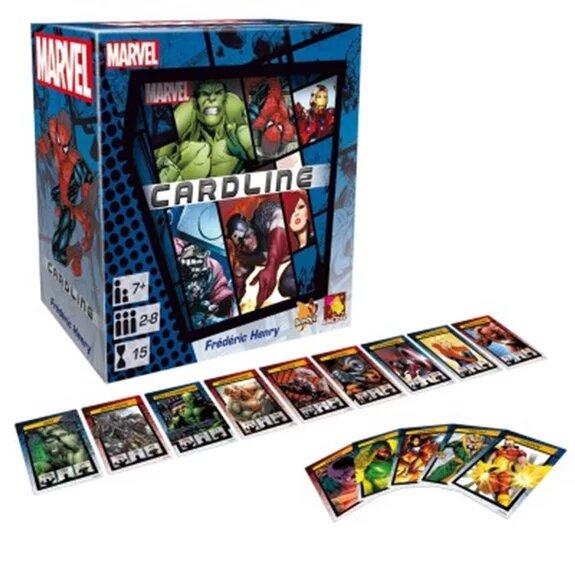 Today we are going to talk about Cardline Marvel!

Cardline: Marvel is similar to Cardline: Animals—but with superheroes and other characters from the Marvel Comics universe!

It is a card game that is played with around 100 cards.

Both sides of each card depict a character and their name, while their weight, IQ, and combat ability are printed on only one side of the card.

For each game, players decide before playing which of the three statistics they are comparing.

At the start of the game, each player places a certain number of character cards whose characteristics are hidden on the table in front of them.

A card is placed in the center of the table with its characteristics revealed.

Players then take turns placing a card from their tableau in a row on the table; a player can place a card between two other cards.

After placing the card, the player reveals its characteristics.

If the card was placed correctly - that is, with the particular characteristic in numerical order relative to all other cards on the table - the card remains in place; otherwise the card is removed from play and the player takes another card from the draw pile and adds it to their tableau.

The first player to get rid of all their cards by placing them correctly wins.