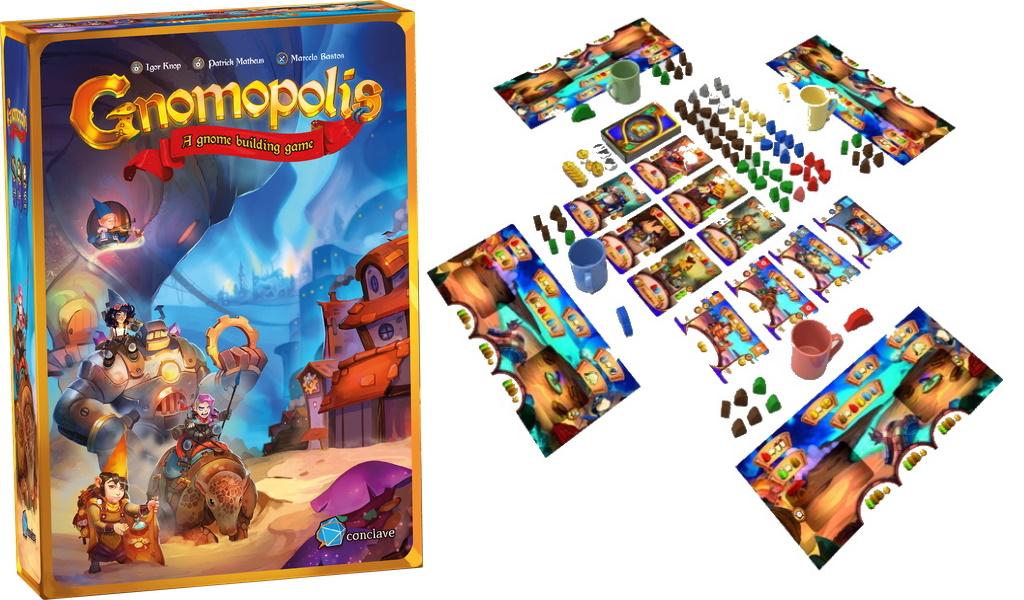 After several generations, the ancient capital of the underground gnomes must be moved due to human expansion.

Brave explorers and their families are sent to establish a new city in the largest and deepest stone hall of the Great Mountain.

You and your friends will manage the construction of this new capital, which will be known as the great Gnomopolis!

Gnomopolis is a fast-paced and strategic game in which you have to combine the growth of the city with the specialization of its population.

An almost endless combination of buildings and workers can create ingenious action systems and scoring mechanics in a frenzied race for victory.

With a playing time of almost 45 minutes, one to four players must think carefully about building their own city and trading with their neighbors.

The game is played in turn, in which each player shoots three gnomes (gnome meeples) from a cup.

Then they can use these gnomes to construct buildings or perform actions.

Actions can be a combination of specialized adults, hiring more gnomes, earning gold coins, building mechanical golems, or controlling manpower in a neighborhood.

As the city grows, more and more gnomes are immigrating there. At the end of the game, players count their points from coins and workers employed in buildings.

The player with the most points is the winner!