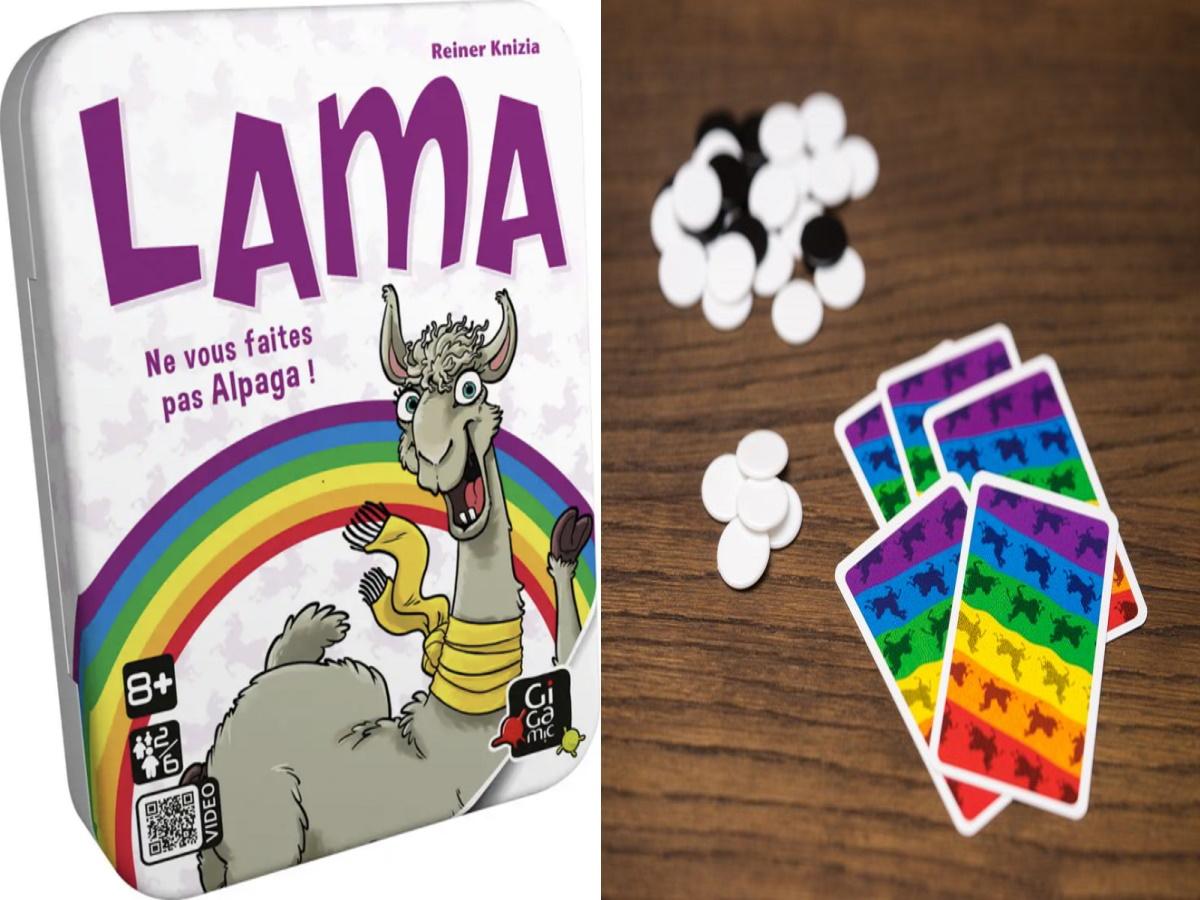 Today we are going to talk about Lama.

In Lama your goal is to lay all your cards as quickly as possible without always being able to play the ones you want.

So put your cards in your hand hoping to be still in play or will have to fold.

The game consists of lamas cards and cards with numbers from 1 to 6. Each player starts a round with 6 cards in hand. In each round the player can put down, discard a card or fold.

To place a card, you must have a card of equal or greater value than the one already placed. When it's a 6 card, you can play another 6 or a llama. If a llama is on the stack, you may play another llama or a 1 card.

If you fold, you must lay your cards down and cannot play the round any more. The game ends either when one of the players has run out of cards or if all players have folded.

They take a number of white pawns identical to the number on the cards and one black pawn for each llama.

The game ends as soon as a player scores 40 or more points and the player with the fewest points at the end wins.